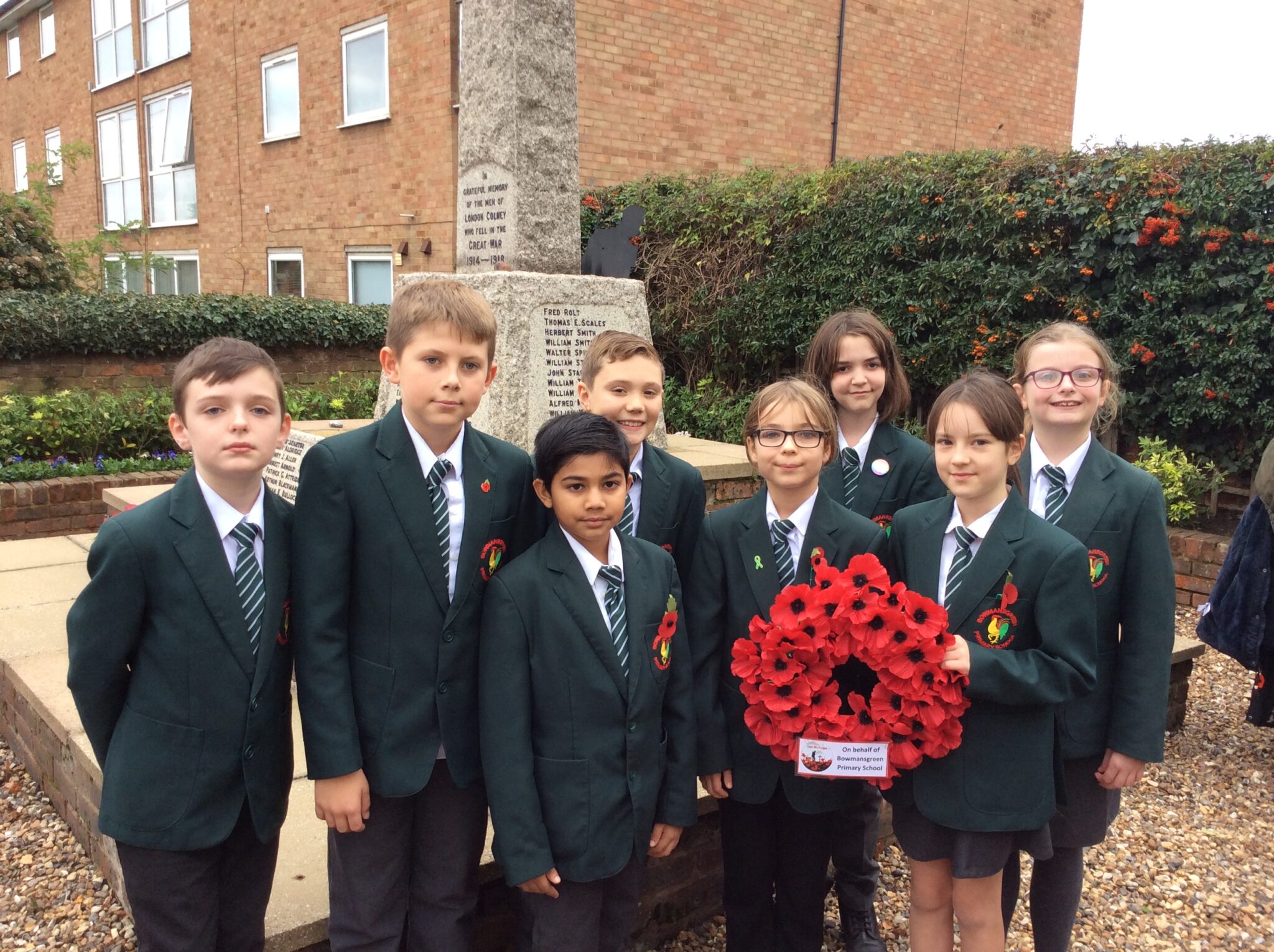 This week, pupils across the school have been learning about the significance of Armistice Day, also known as Remembrance Day. At 11am, staff and pupils observed a two minute silence, in honour of those who lost their lives in World War One and to take time to reflect and consider those who have died as a result of wars, past and present.

The Last Post was played by Mr Bronstein, to signal the start and end of our two minute silence.

Miss Golding and Mrs Stanley accompanied our House Captains to the London Colney War Memorial, where they held their two minute silence and also laid a commemorative wreath, on behalf of the Bowmansgreen School Community.

Pupils in Year 6 have been learning about World War One as part of their English topic. They have been writing poems based on the work of the war poets – see some examples of their fantastic poetry, below. We will publish more of their poems on the school website, in the coming days. 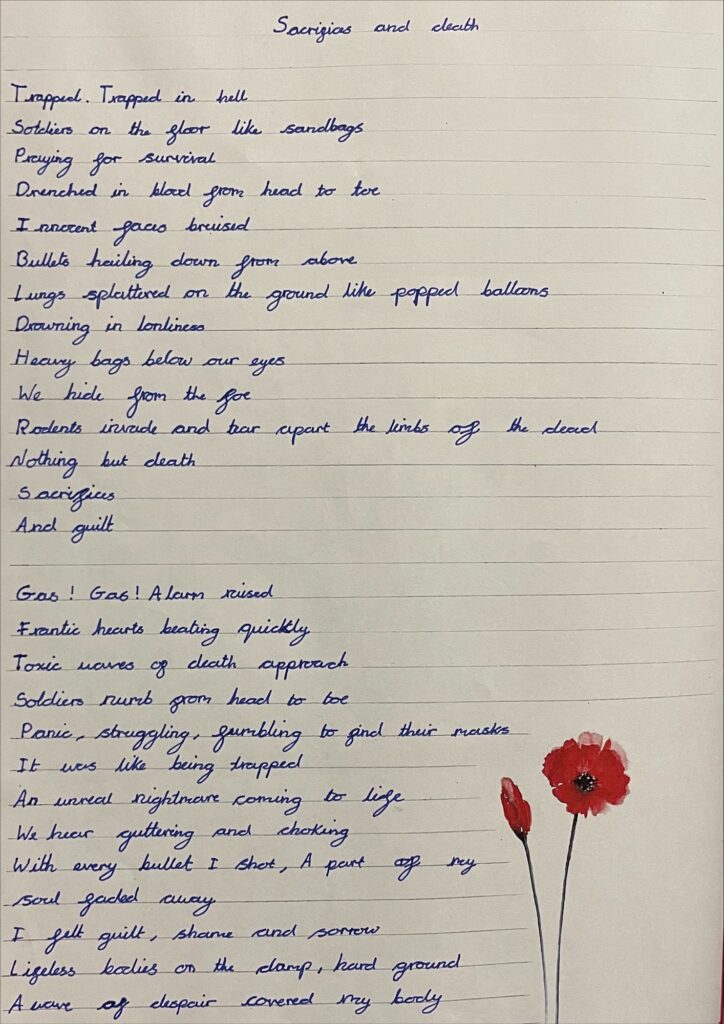 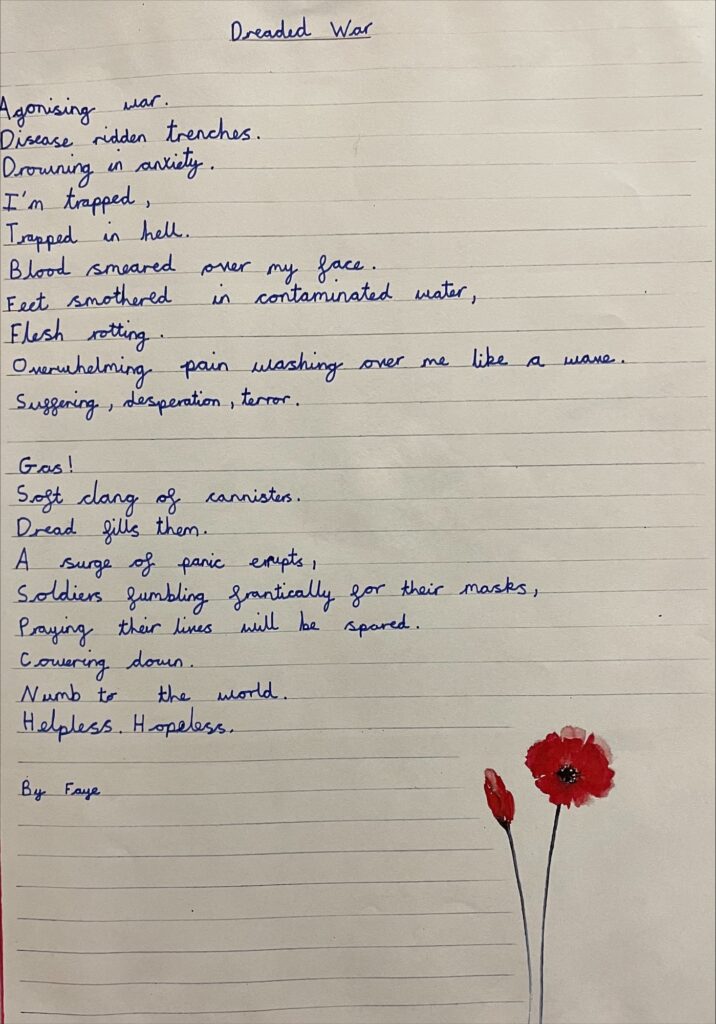 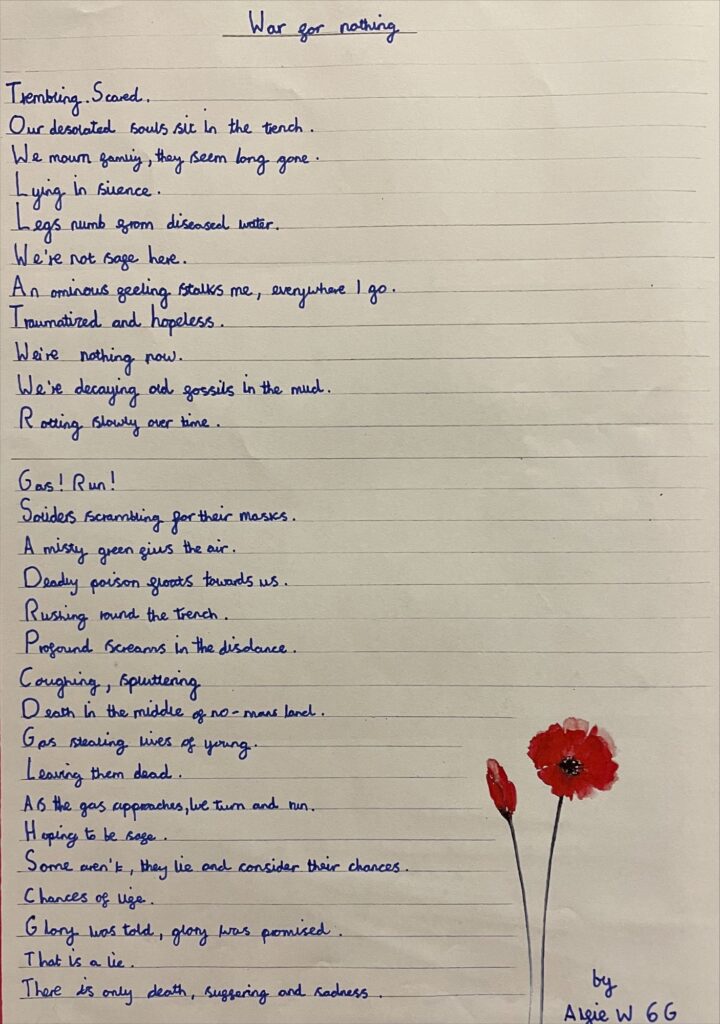