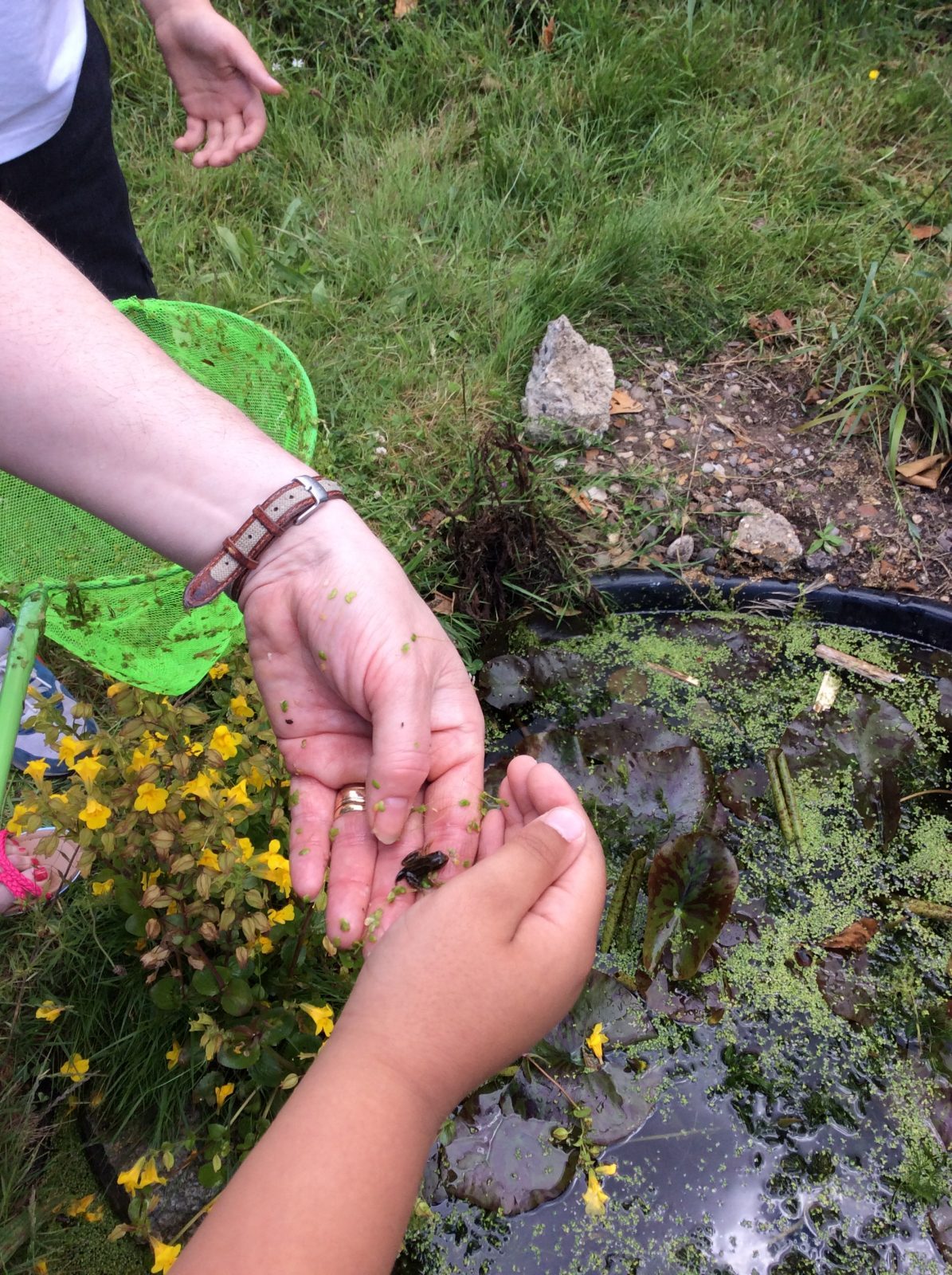 We are lucky to have such beautiful grounds at Bowmansgreen which pupils make good use of , not just at play times and for PE but also during their eco-days. Today, I joined Mrs Stanley, Theo, Dantae and Freddy in the wildlife area as they released some baby frogs into our pond. They also had a go at pond dipping and learnt to recognise when a baby frog can breathe out of the water.

Tomorrow, some of our Y2 and Y4 pupils will be performing in a concert at the Radlett Centre as part of the Radlett Festival of Music. Pupils have been busy rehearsing with Mrs Street for their performances which include songs from The Greatest Showman, Mary Poppins and Joseph. Good luck children and have lots of fun. I know you will be amazing!