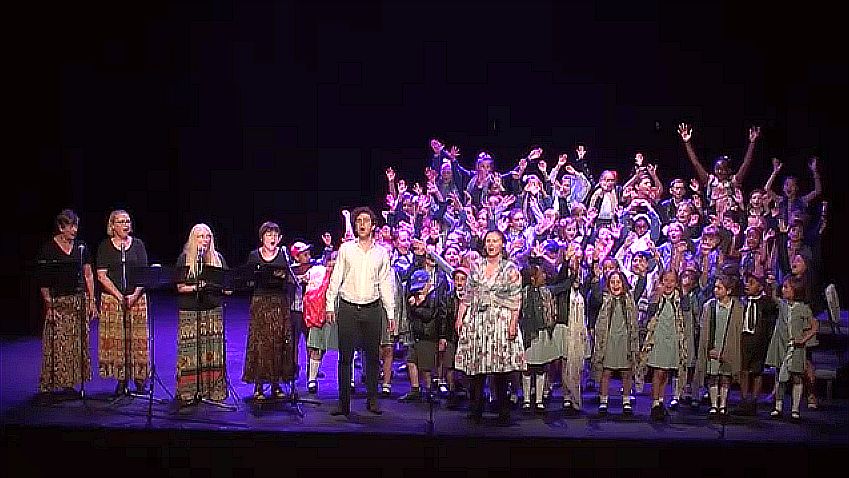 The choirs of Bowmansgreen, Fair Field and Newberries Junior Schools joined forces at the Radlett Centre on 16th June to raise money for the children of Barbuda who were affected by hurricane Irma last year.  They opened the concert with the song ‘Safe and Free’, written to raise awareness of the hurricane victims, before each having a solo item in the first half.  Bowmansgreen School Choir sang a pop medley, with excellent voices and actions.  In the second half of the concert they performed songs from West Side Story.  They appeared as the Jets and Sharks, acting out ‘The Jet Song’ brilliantly, with the schools pretending to be rival gangs.  In ‘Tonight’ they sang with the soloists Rory Carver and Elissa Street as Tony and Maria, and in ‘America’ they danced with hats and scarves with great enthusiasm.  They were joined by the chamber choirs Ursa Minor, who sang a comical version of ‘Officer Krupke’, and Ursa Major who sang a beautiful Les Miserables medley in the first half and a very moving version of ‘Somewhere’ in the second half.

The audience were amazed by the talent of the children and soloists, and many said that they had not expected it to be such a professional concert.  ‘A quality show’ was the general consensus.  Following the success of this event, plans are already in progress for a concert performance of ‘Joseph’ next year!