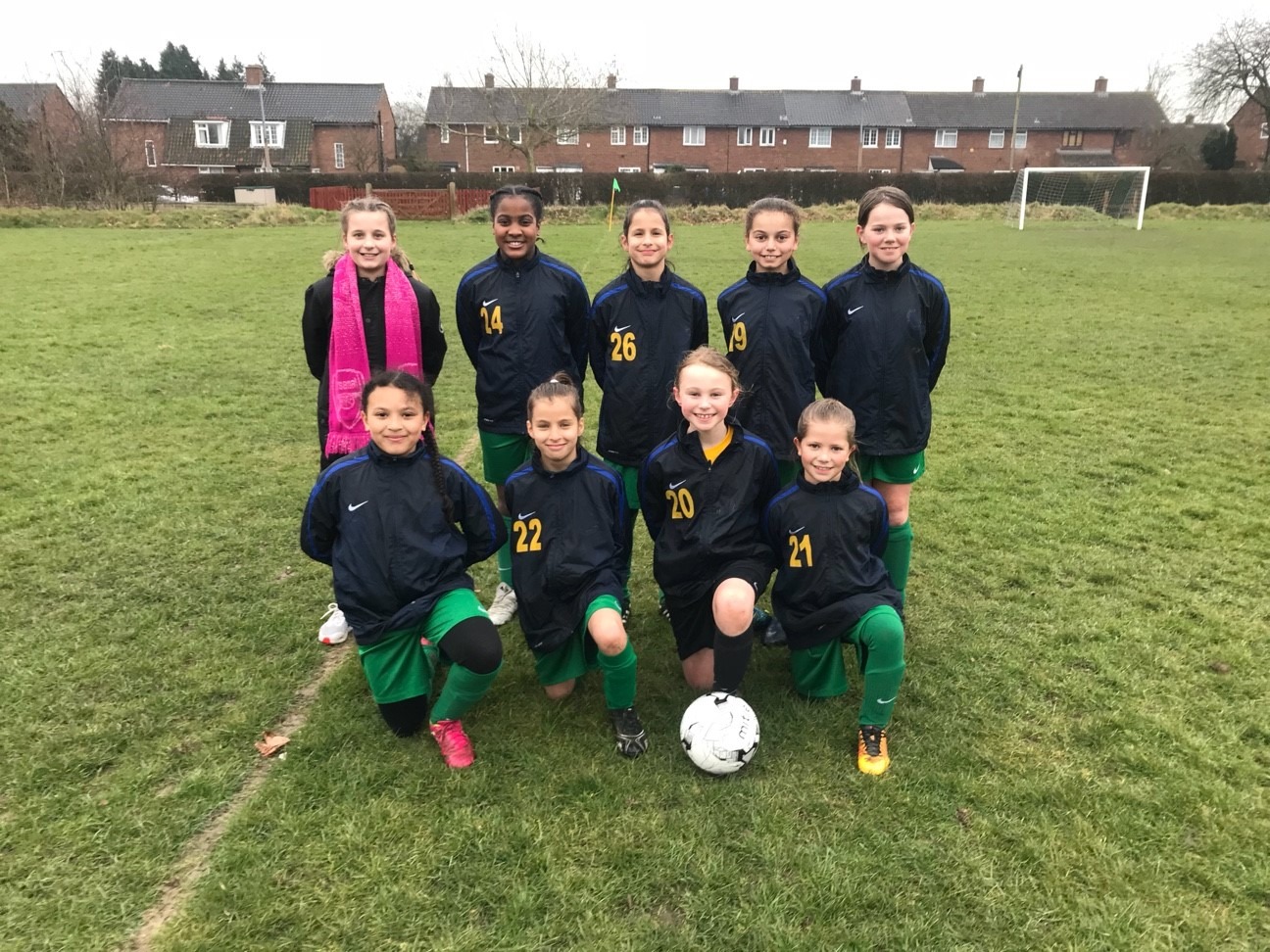 Girls A v Garden Fields
The Girls A team went out of the St Albans Cup on Friday, losing 1-0 against Garden Fields in a very tight match. The only real chance for Garden Fields during the first half was taken well by the centre forward and whenever Bowmansgreen got within range of the goal, their shots were either blocked or saved by the keeper. The second half was one way traffic as the Bowmansgreen girls pushed hard for the equaliser and created several chances which again were either blocked or saved. It was a good team performance despite the score, especially as Lily was missing due to injury, which was a huge loss for the team. It did mean that Jacey got her debut for the A team, coming in to deputise really well.
The final score was 1-0 to Garden Fields but encouraging in terms of performance for the girls who now have a chance to hopefully win the league next week when they travel to play St Peters.
Squad – Emily, Kyeesha, Lucy, Sofia, Marilena, Laila, Lacie and Jacey.
Quick Sticks Hockey scores from the Tournament today.
Bowmansgreen 1 scores from the Quick Sticks Hockey
0-0 St John Fisher
0-0 Cunningham Hill
1-3 Sauncey Wood
0-3 Wood End
1-1 St Dominic’s
2-1 Prae Wood
2-0 Crabtree
2-0 Kings
0-1 The Grove
0-2 Killigrew
Bowmansgreen 2 scores from the Quick Sticks Hockey
1-4 The Grove
6-0 Killigrew
1-1 How Wood
2-0 Markyate
0-1 Cunningham Hill
3-0 Prae Wood
2-0 Wheatfields
0-8 Crabtree
0-2 St Dominic’s
4-1 Windermere
Squads from – Taye, Adam, Dylan, Zak, Jack, Owen, Evan, Kyeesha, Anisa, Emily, Lily, Natasha & Marilena.